The start of a new school year amid a global pandemic has resulted in at least nine confirmed cases of COVID-19 in Hardin County's school districts and at Ellsworth Community College in Iowa Falls, according to reports issued by leaders in those districts. 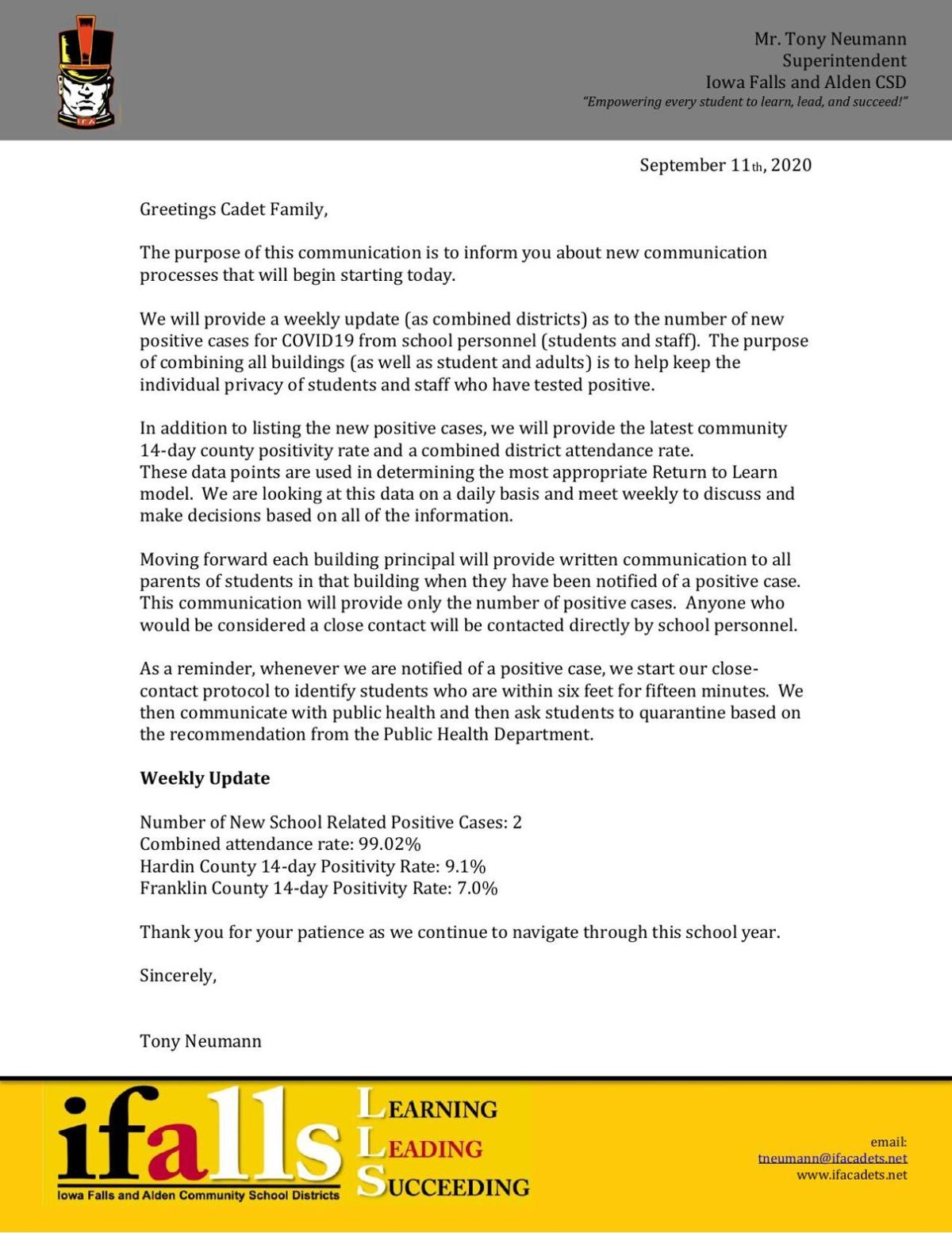 All of the school districts in the county are reporting new COVID-19 cases on a weekly basis. Earlier this month, Iowa Falls and Alden Superintendent Tony Neumann said he would not report case numbers, but that decision was reversed last week after the districts' administrators received additional guidance from the the Iowa Department of Education. Neumann had said he was concerned about violating students' and employees' privacy by issuing infection reports. The reports will not include any identifying information. Only the number of "new school related positive cases", the two districts' combined attendance rate and the 14-day positivity rates for Hardin and Franklin counties. The attendance and positivity rates are used by the state to determine whether a school district can shift to remote learning.

According to the report issued on Friday, there have been two cases of the disease confirmed at Iowa Falls-Alden buildings. Neumann said on Friday that those cases were at the high school. The district has a plan for notifying people who've been in contact with a person who tests positive for the disease. At the elementary and middle schools the notification goes to only those who've been in classrooms or close contact with them. Neumann said that's more difficult at the high school, where students change classes and move about the building more freely. At the high school, everyone is notified of new cases. 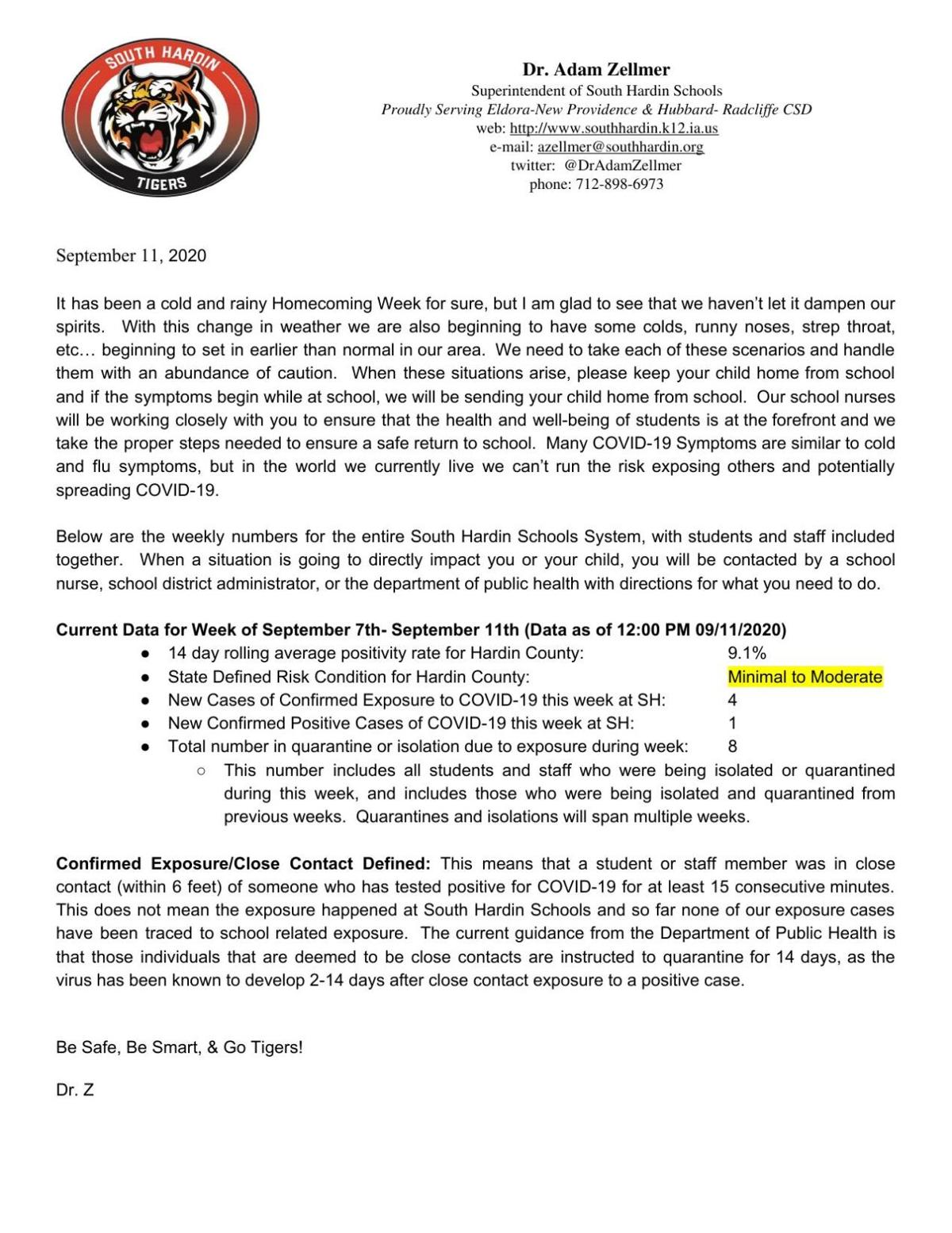 The South Hardin report also includes the number of students or employees that are currently in quarantine as the result of COVID-19 exposure. Friday's report showed that eight people were in quarantine as of Sept. 11. 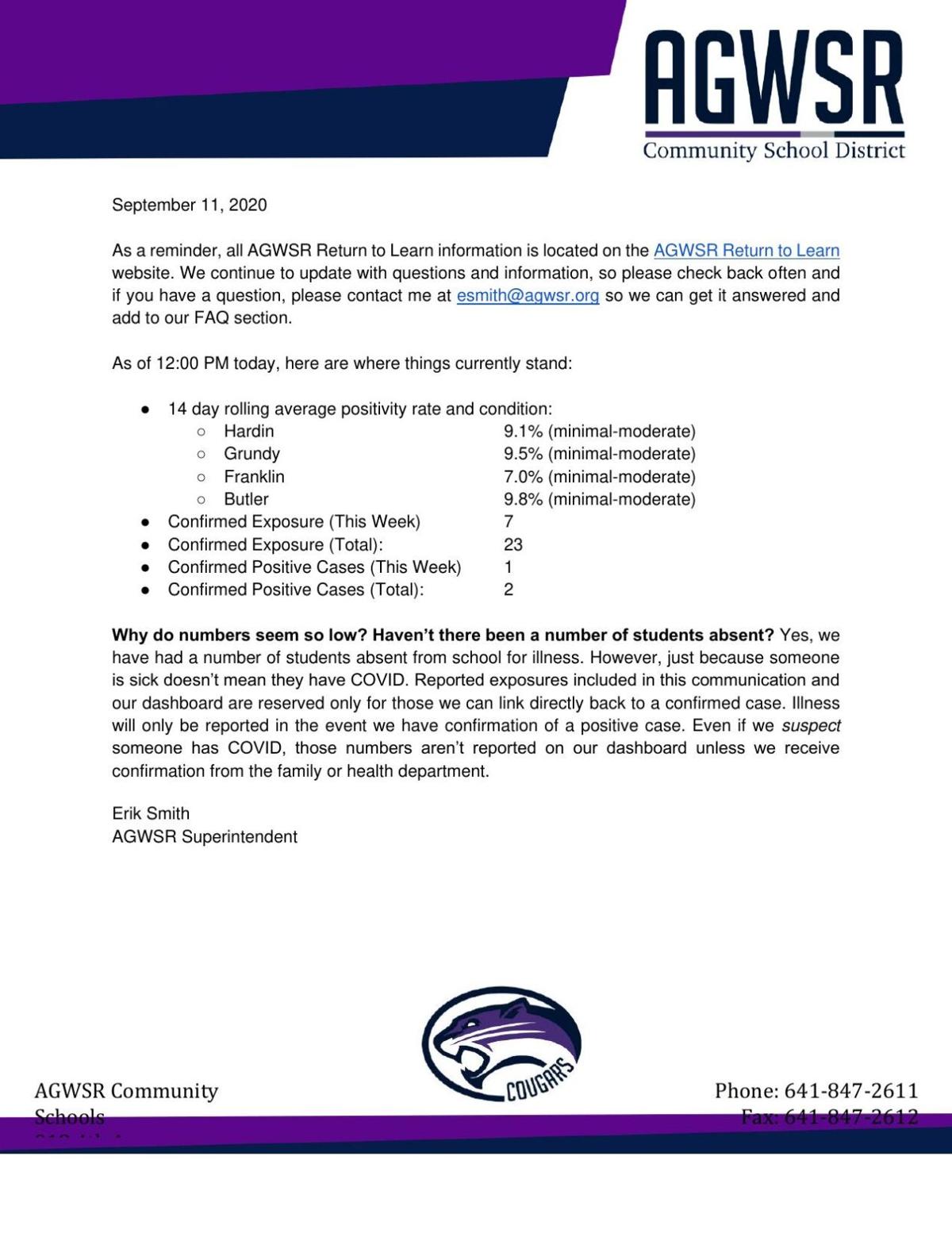 The AGWSR School District reported its first COVID-19 case during the first week of classes, on Aug. 3. In his most recent report, issued Sept. 11, Superintendent Erik Smith said the district was notified of a new COVID-19 case last week, increasing the total at AGWSR to two.

The Iowa Valley Community College District is maintaining a COVID-19 dashboard on its website. It is updated weekly to show the number of new cases at each of the district's campuses. The Sept. 7 update showed one new confirmed case at ECC. The Aug. 31 report showed three confirmed cases.

The schools in Hardin County have reported the following confirmed positive COVID-19 cases since the start of the school year:

*The districts do not announce whether the cases are in students or employees.