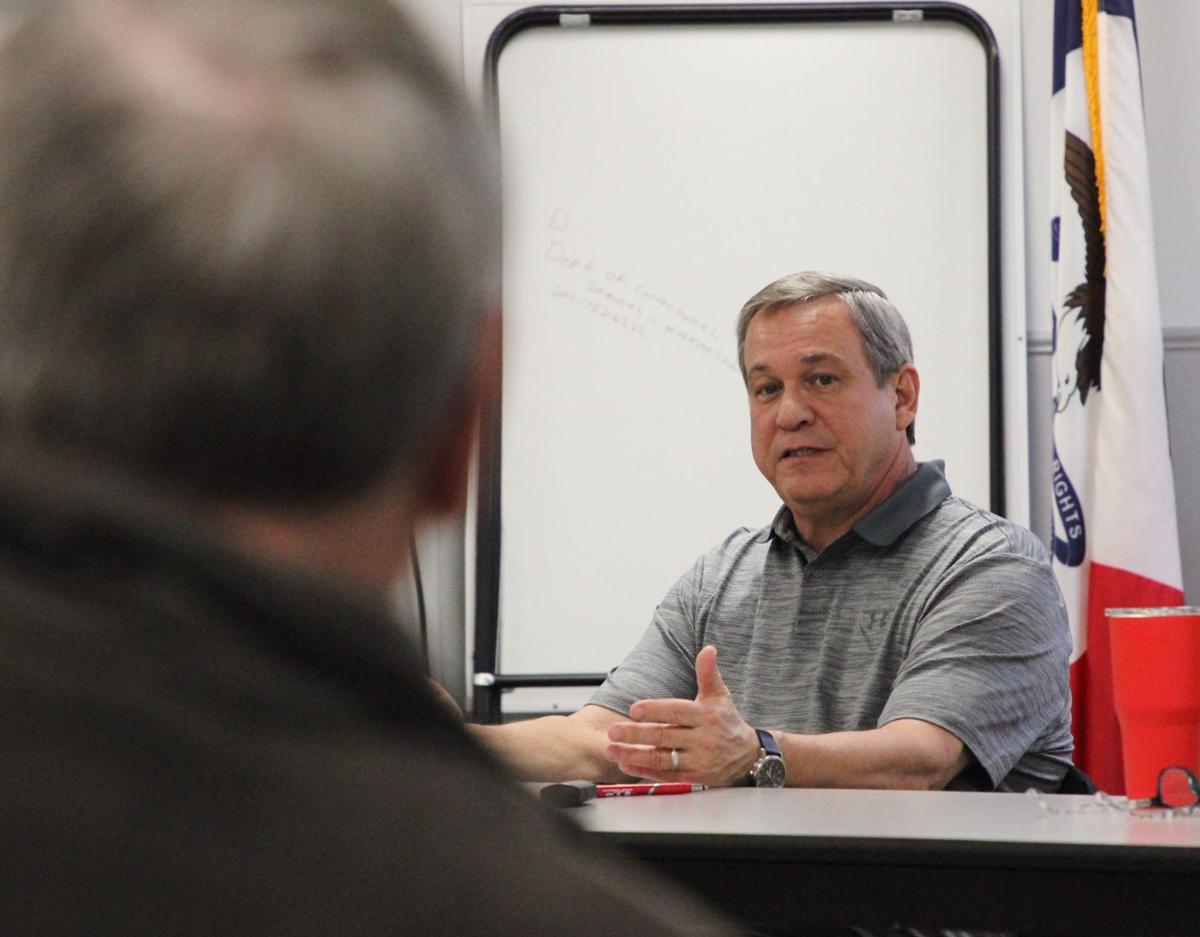 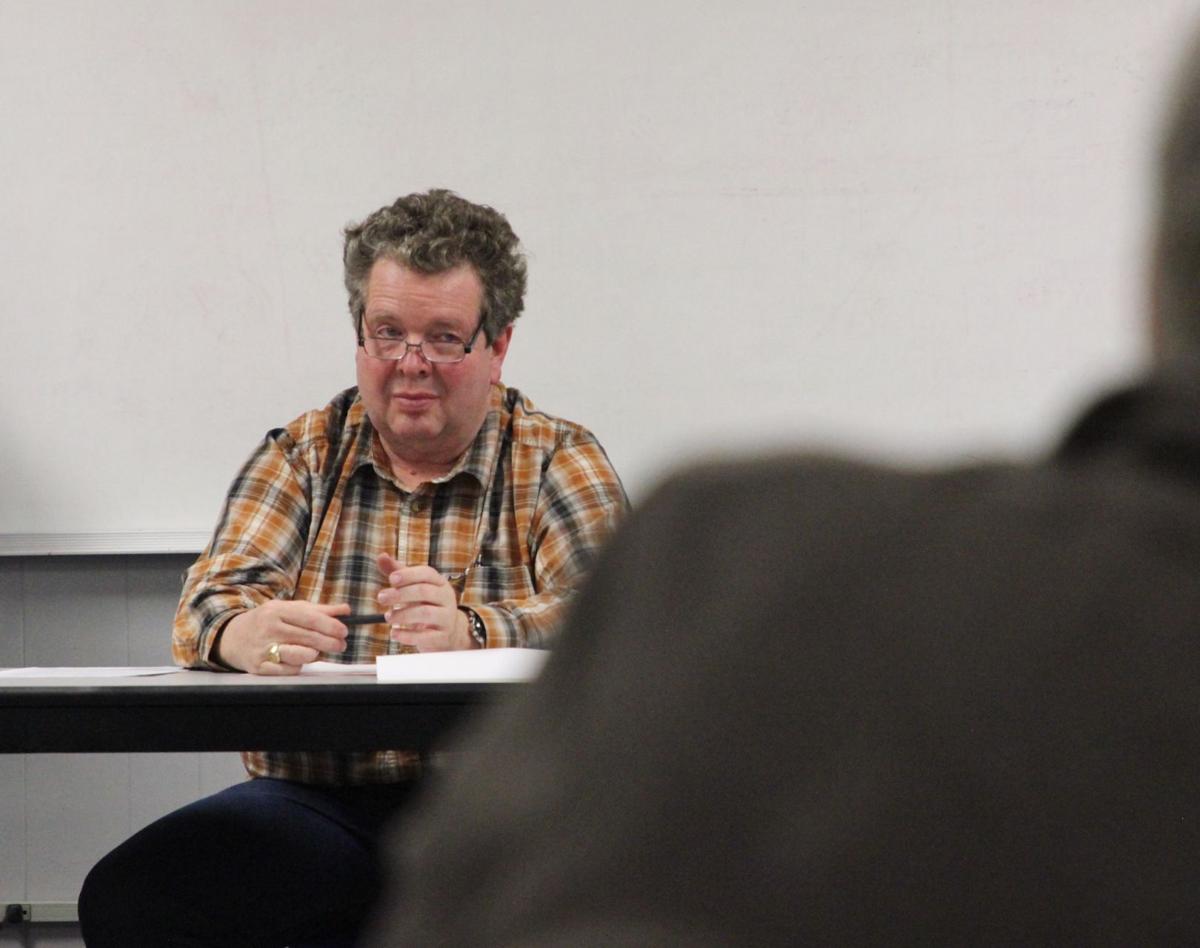 Iowa Falls Mayor Gene Newgaard listens during a special city council meeting on Wednesday, March 25. The meeting, which was called to approve a temporary reduction in city utility bills, was held in the upstairs meeting room of the police station amid the COVID-19 pandemic.

The City of Iowa Falls will reduce a portion of residents’ and businesses’ utility bills for the next three months and set aside $40,000 for local assistance programs in an effort to ease some of the burdens caused by the effects of the COVID-19 pandemic in Iowa.

The city council met in special session Wednesday afternoon, assembling in the disinfected upstairs meeting room at the police station after every person was questioned about their health and recent travel. The council's two regular meeting locations - the Barlow Library and City Hall - are closed to the public.

All waivers would last 90 days, and would save each residential customer about $20 on a monthly utility bill.

Council members weighed the reduction in revenue against the benefit smaller bills could provide for families and businesses.

“What would really be nice is to get this to people who really need it,” said council member Roger Nissly. “I don’t need a cut. There’s a lot of people who don’t, but that’s probably impossible to figure out.”

Anderson likened the bill reduction to the federal stimulus package, which has been moving through Congress this week. It will provide a $1,200 payment to every adult who makes less than $75,000 per year.

“There are people who need that and there are people who don’t,” Anderson said, “but it’s just an across-the-board thing to do in this unprecedented emergency crisis for the city, the state, the county and this is one way that we can ease folks’ burden for the next three months.”

Council member Rob Wohlert wondered whether a $20 savings will help.

“I’m not sure that’s going to make a huge difference for somebody who’s really having financial problems,” he said.

“If you’re having financial problems, $20 could be a big deal,” Council member Steve Klein replied.

Anderson, who served on the council before stepping into the city manager position in 2011, recalled something he was told early in his political career.

The council unanimously approved the waived fees as they were presented.

Local option sales tax money is split into two accounts when it’s received by the city. One account - called “80 percent” - funds capital projects and purchases. The other - called “20 percent” - funds community programs. Anderson suggested using some of the 20 percent fund, which has a balance of more than $700,000, to provide money that could be used by local organizations that provide food, diapers and other goods to people in need.

“I know it’s going to be a little bit of a lag between now and when state and federal stimulus funds are coming in, so we’re trying to fill that gap or that need,” he said. “All of these are good programs. They help people every day. If you give them $5,000 they’re not going to go on a wild spree.”

Wohlert proposed that instead of giving each program a check, the city instead set up a fund, and make $10,000 available to each of the four organizations. When they need to buy more supplies or help local people in need, they’ll contact City Hall and receive the money.

“Next meeting, if it looks like it’s all gone and people need more and we have the ability to set aside more, we can look at that again and do it again,” said council member Steve Klein.

The proposal got unanimous council approval.