For the second week in a row, Hardin County’s high level of community spread of COVID-19 has put it in the red zone, and a report from the White House Task Force warns that the disease will continue its rapid spread if people move their social gatherings indoors. 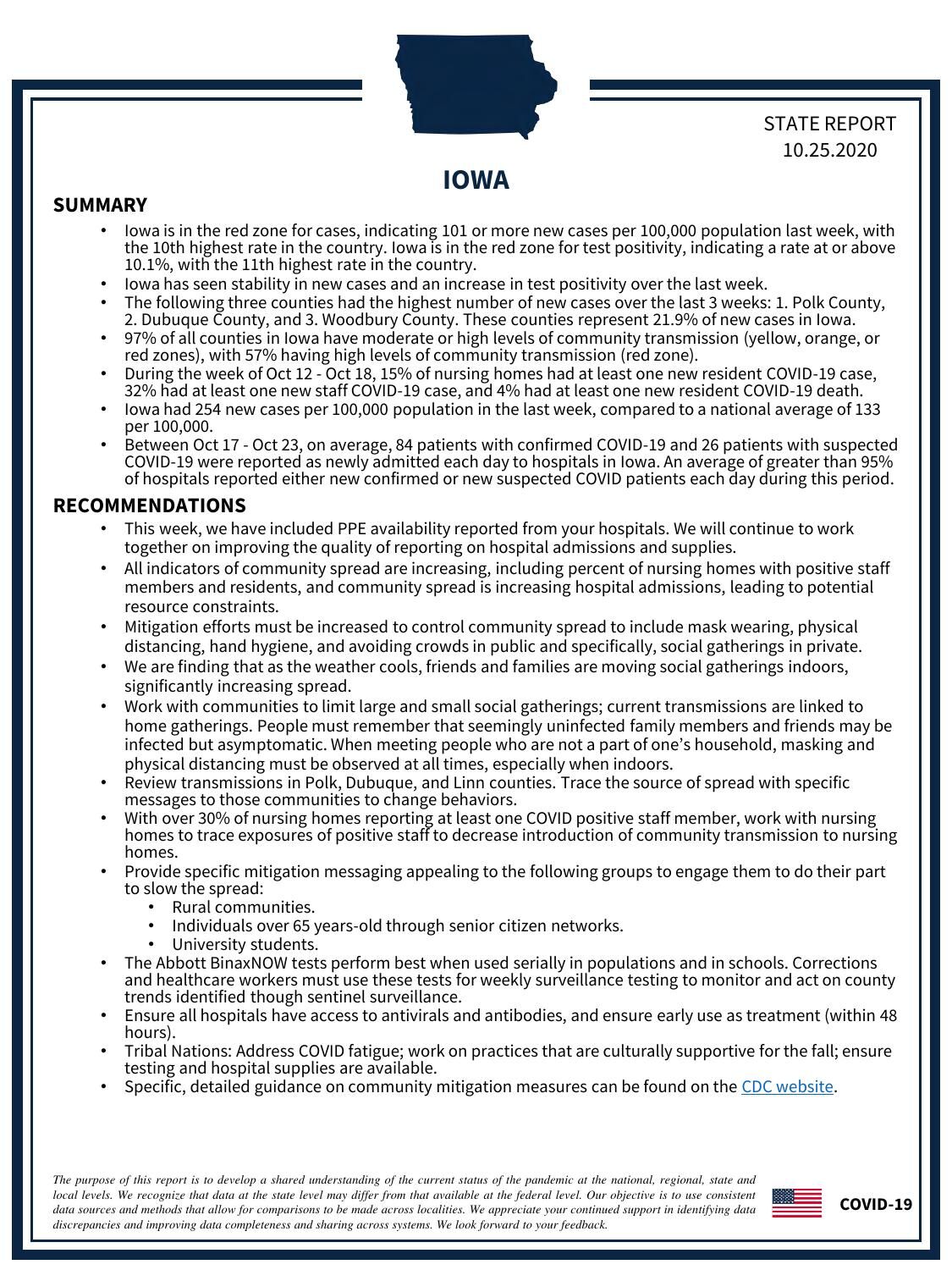 The report uses data from the week of Oct. 17-23. During those seven days, Hardin County, reported 47 new cases of the disease. It marked the third week of a spike in local cases. During the week before that, Oct. 10-16, Hardin County had 53 new cases, putting it in the White House task force's red zone for the first time. The week before that, Oct. 3-9, the county recorded 47 new cases, but a delay in reporting meant the county stayed in the orange zone in that week's task force report.

The report warns that people must take action to slow spread of the disease. That includes adjusting social gatherings, which could be held outside in warmer weather, but now may be moving inside.

“Mitigation efforts must be increased to control community spread to include mask wearing, physical distancing, hand hygiene, and avoiding crowd s in public and specifically, social gatherings in private,” the report states. “We are finding that as the weather cools, friends and families are moving social gatherings indoors, significantly increasing spread.”

Ellsworth Community College has reported double-digit numbers of new cases among students over the last three weeks for a total of 46 cases since Oct. 5.

As of Thursday morning, the Iowa coronavirus website was reporting a total of 492 COVID-19 cases in Hardin County residents since testing began in March. Of those 492 cases, seven people have died and at least 312 have recovered, leaving 173 Hardin County residents currently infected. As of Tuesday this week, four local residents were hospitalized for treatment of COVID-19.

And sadly the "Request for Mask Requirement for Entering Courthouse" was removed from the agenda at the last minute at yesterday's board of supervisors' meeting and not discussed.