Voters in the Iowa Falls School District will be able to cast a ballot today to decide whether to continue for another 10 years a 67-cent property tax levy that has, in recent years, paid for everything from classroom televisions and laptops, to science room renovations and a track resurfacing.

The Physical Plant and Equipment Levy, or PPEL as it’s commonly called, charges 67 cents per $1,000 of taxable assessed value on property in the school district. For a house assessed at $100,000, that’s about $38 per year. That may not seem like a lot of money, but Iowa Falls Superintendent Tony Neumann said the revenue from the levy is vital to the local schools.

“It’s about $300,000 a year we get from it,” he said of PPEL. “Every penny matters when we’re looking at not only maintaining, but trying to give our kids a learning environment that matches what they’ll see when they leave our district.”

Iowa school districts are limited in how they can spend revenue from PPEL. It may be spent on purchases and improvements to grounds, construction, purchases of technology, repairs and remodels of school buildings, transportation equipment and energy conservation. It cannot be spent on salaries, staffing or curriculum. 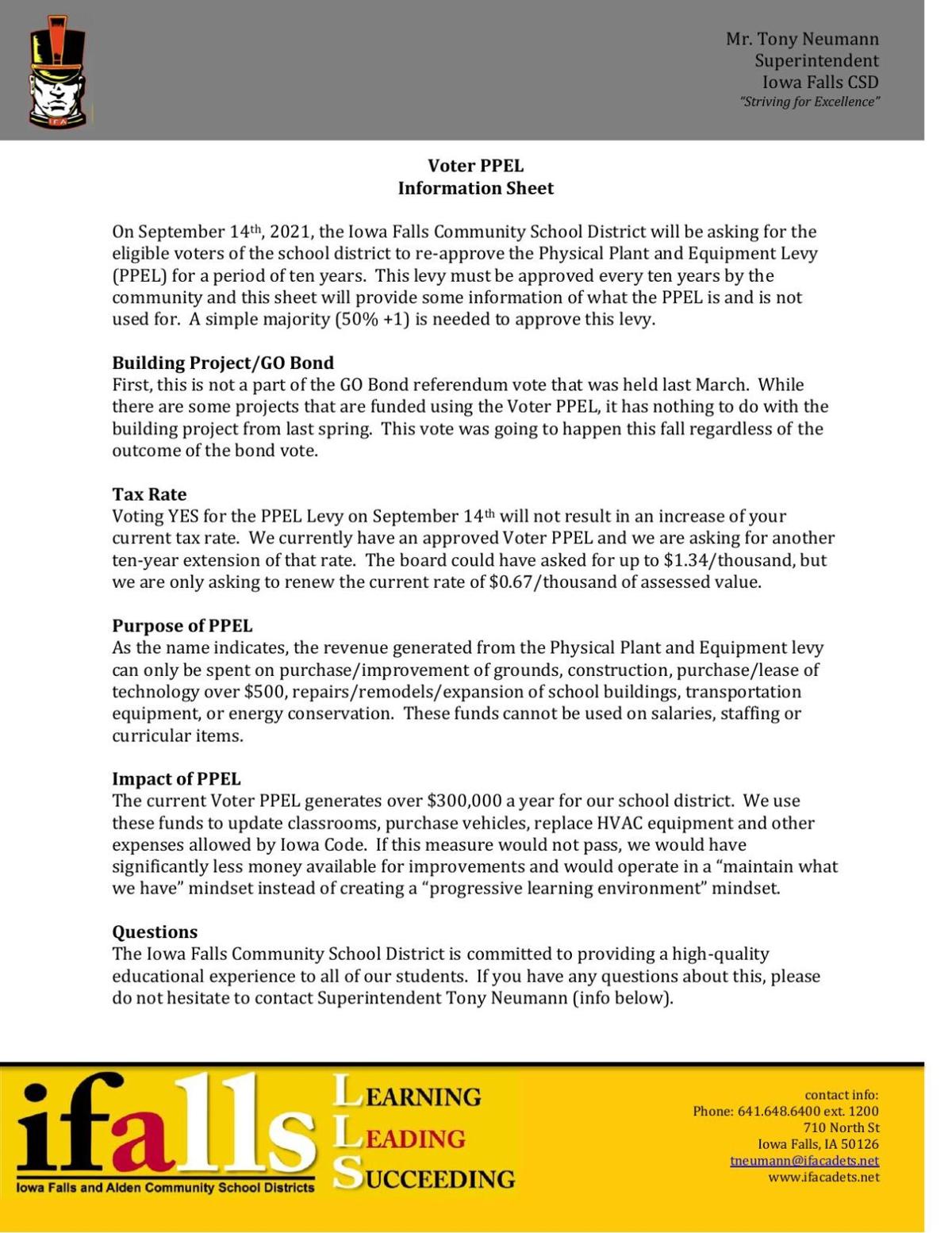 In communication published by the district ahead of today's special election, Neumann emphasized that PPEL is not part of the special bond issue that was put to Iowa Falls School District voters in March. The two issues are separate.

By law, school districts can set their PPEL levy as high as $1.34 per $1,000 of taxable assessed value, but the Iowa Falls district is requesting to continue PPEL at its current level of 67 cents per $1,000. Every school district in Hardin County has a voter-approved PPEL. They range in amount from 55 cents in the AGWSR School District, to $1.34 in the Eldora-New Providence and Hubbard-Radcliffe districts.

What: A special election to decide whether the Iowa Falls School District can extend its current 67-cent Physical Plant and Equipment Levy another 10 years