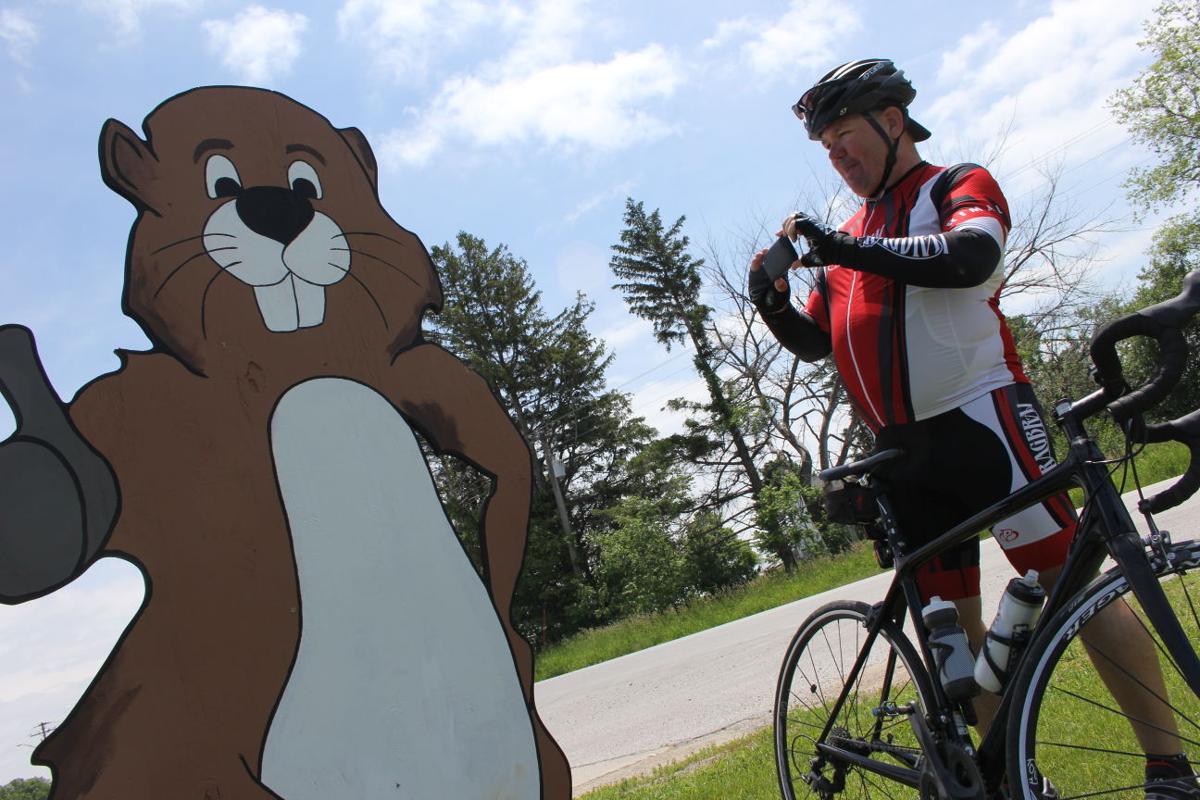 Former RAGBRAI Director T.J. Juskiewicz took a photo of the Alden RAGBRAI sign welcoming riders into the community during a pre-ride in 2015. Juskiewicz has since quit his position at RAGBRAI and started another cross-state bike ride, Iowa's Ride, which will spend a night in Eldora in July 2020. 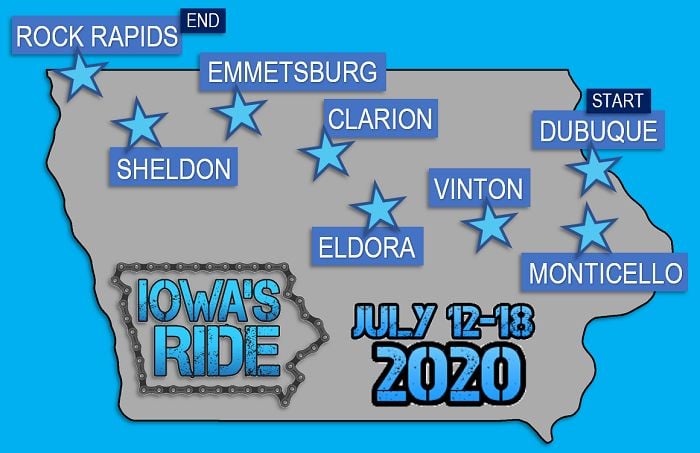 Iowa's Ride, the cross-state bicycle ride that planned for its inaugural west-to-east journey this summer, has been canceled amid concerns about the spread of the coronavirus pandemic.

Iowa's Ride Director T.J. Juskiewicz announced Monday evening that the ride, which was scheduled to spend a night in Eldora, would be canceled.

"Unfortunately, after evaluating the current situation surrounding Coronavirus (COVID-19) and great concern for the safety of the general public, the townspeople, riders, support drivers, volunteers, the Iowa State Patrol troopers, safety officials and staff, it will not be safe nor feasible to host the inaugural Iowa’s Ride on July 12-18, 2020," a statement on the ride's website said.

The creation of Iowa's Ride was announced last fall by Juskiewicz, who directed RAGBRAI until he and his staff quit to create Iowa's Ride. In November, the ride announced it would spend a night in Eldora, which hosted an overnight RAGBRAI stop in 2015. Local organizers have been meeting since last year to plan for the event, lining up entertainment and arranging for thousands of bikers to stay in town.

RAGBRAI announced last week that it would postpone its 2020 ride and plan to use this year's route (which included an overnight stop in Iowa Falls) in 2021. At that time, Iowa's Ride had not yet made a decision about this year's ride.

According to Marc Anderson, the Eldora Host Town Committee had used the blue print from the 2015 RAGBRAI overnight as a template. They took into consideration the size of what the inaugural ride was expected to be – but otherwise it was similar.

They were about three-fourths of the way through the planning process when things came to a screeching halt about a month ago.

“Unfortunately, our decision to stop moving forward too quickly was the right decision. We’ve got another year, hopefully, that we will have an event to plan for a year out. That is to be determined as well, we don’t know if Iowa’s Ride will be back or not,” said Anderson. “They are trying to figure that out next I’m sure as soon as they are done issuing refunds and all the other cleanups that they have to get done from this 2020 attempt.”

Luckily, other than the commitment to the band (the Pork Tornadoes) they are not impacted financially. They did not do any merchandise or purchase anything. All they are out is time spent planning and organizing.

“It just makes us that much more prepared for when the next opportunity comes about,” he said.

Juskiewicz asked if Eldora would be interested in being a host town again at a later date and Anderson said “absolutely.”

In making its announcement Monday, Iowa's Ride did not say whether the event will be rescheduled. It is offering a 75 percent refund through May 15. Find more information on the ride's website.