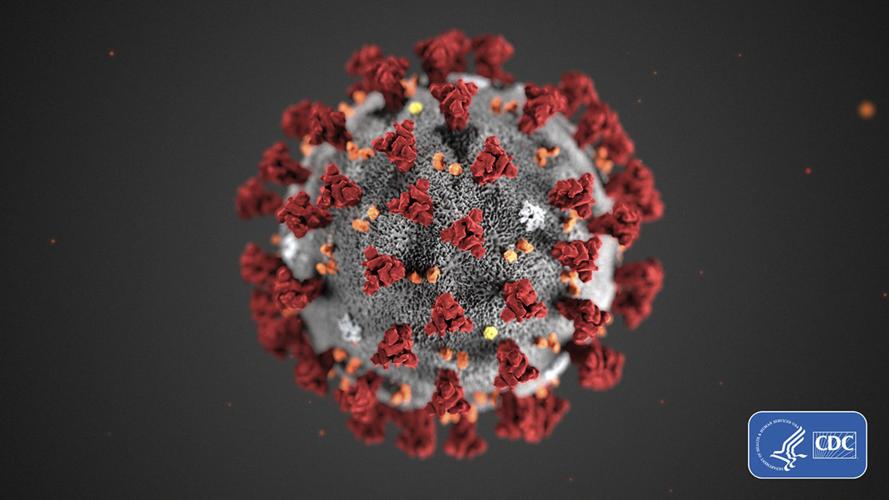 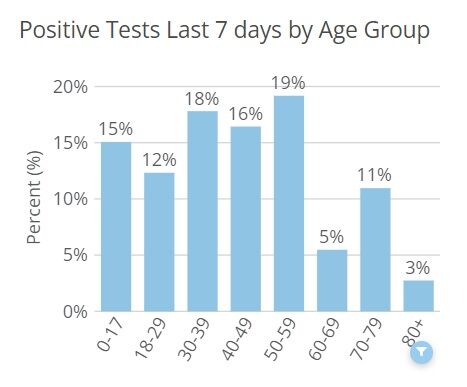 A graph on the Iowa Department of Public Health's coronavirus website shows the breakdown of ages of new COVID-19 cases in Hardin County between Dec. 1 and 7.

A chart on the Iowa Department of Public Health's coronavirus website shows positive COVID-19 tests from March 2020 through Dec. 7, 2021.

Data on the Iowa Department of Public Health's coronavirus website shows statewide hospitalization data as of Tuesday, Dec. 7. The state is no longer collecting or reporting county-level hospitalizations.

Hardin County’s COVID-19 cases climbed again over the last week, continuing an upward trend that began in early November and has now reached levels not seen since this fall, when a virus surge infected hundreds of local residents.

According to the Iowa Department of Public Health’s update of the state COVID website on Wednesday, there were 78 new cases reported during the week of Dec. 1-7. That increases the county total to 2,970 since testing began in March 2020. Of those 2,970 cases, 2,720 people are reported as having recovered and 53 Hardin County residents have died of COVID-19, leaving 197 known active cases of the disease as of Tuesday this week. That’s up from 143 active cases last week.

The last coronavirus surge reached its peak on Oct. 5 when there were 425 known active cases of the disease in Hardin County. As infections decreased, the county got to a low of 89 active cases on Nov. 9. But since then, it’s been on the rise.

Hardin County’s 78 new cases over the last week equate to 462 per 100,000 population, which qualifies the county as an area of high transmission, according to the Centers for Disease Control and Prevention. The CDC recommends that everyone – regardless of vaccination status – wear face masks when they are inside public places in areas of high transmission.

The Eldora ZIP code saw the highest transmission of COVID-19 during the week of Nov. 26 through Dec. 3, according to data released last week by Hardin County Public Health. The local public health agency releases ZIP code infection numbers weekly on Fridays. The Dec. 3 report showed the Eldora ZIP code recorded 18 new cases in a week, which is 567 cases were 100,000 population. The second-highest transmission rate was in Hubbard, which recorded six new cases, which equates to 442 cases per 100,000 population.