While the rate of new COVID-19 cases and hospitalizations has mostly plateaued in Iowa over the last two weeks, the latest report from the White House Coronavirus Task Force warns that those numbers should be viewed cautiously because of a decrease in the number of Iowans being tested. 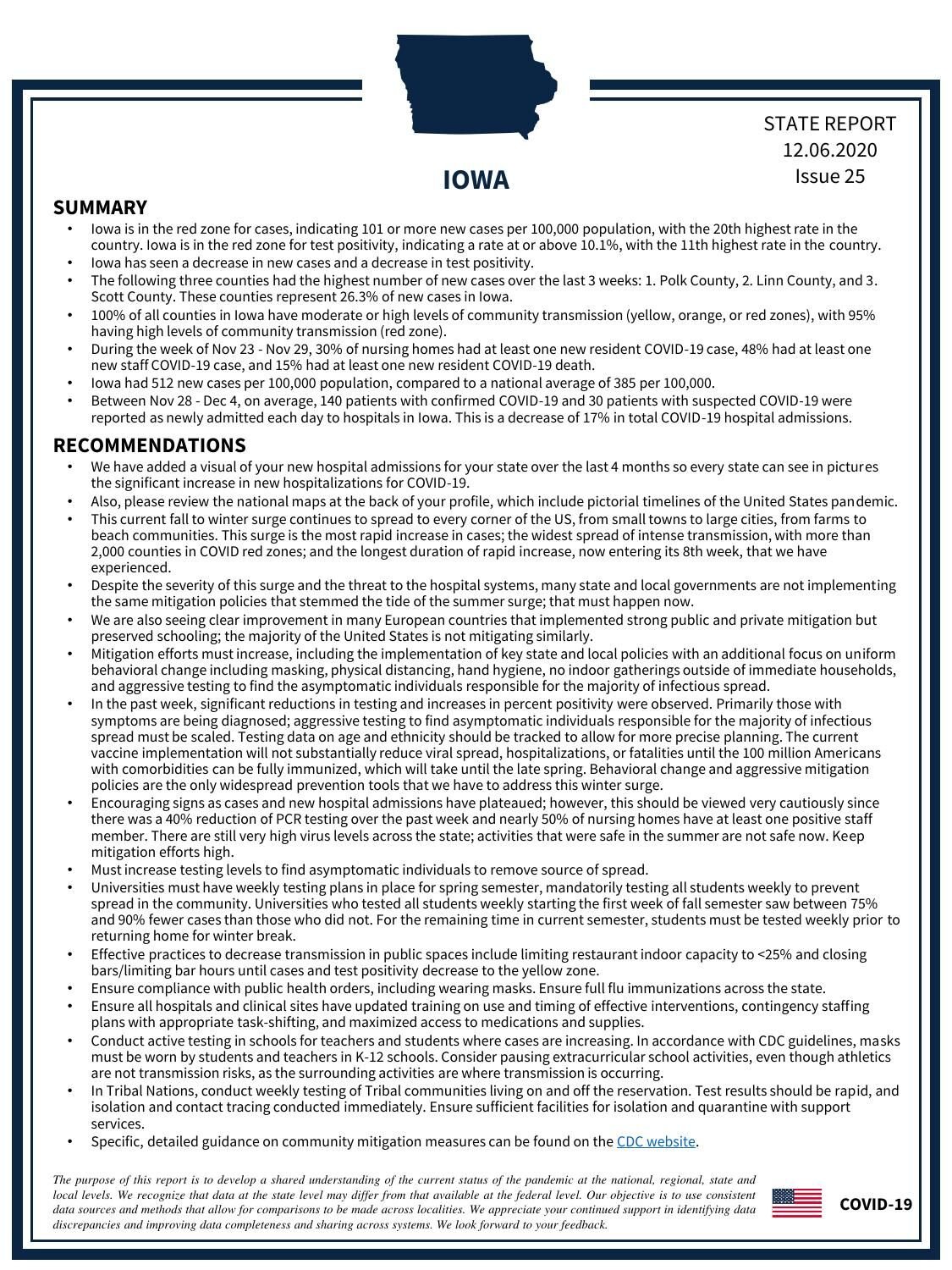 The task force issues weekly reports to every governor. The latest, dated Dec. 6, was obtained and published this week by the Center for Public Integrity. Its maps, graphs and recommendations are based on data from the week of Nov. 28 through Dec. 4.

"There are still very high virus levels across the state," the report reads, "activities that were safe in the summer are not safe now."

The report advises the state to implement "aggressive testing to find the asymptomatic individuals responsible for the majority of the infectious spread." It notes “significant reductions in testing”.

One week ago, the Iowa Department of Public Health made additional data available on its coronavirus website, including the total number of tests performed statewide and in each county every day since early March. According to that information, Hardin County has seen a decrease in testing this month, when compared with last month. In November, an average of 201 Hardin County residents were tested every day, compared with 114 in October. So far in December, daily testing of Hardin County residents has averaged 145 people.

The Dec. 6 report also calls for stronger mitigation measures to slow spread of the disease, which has spread “to every corner of the U.S., from small towns to large cities, from farms to beach communities.”

“Despite the severity of this surge and the treat to the hospital systems, many state and local governments are not implementing the same mitigation policies that stemmed the tide of the summer surge; that must happen now,” the report to Iowa Gov. Kim Reynolds states.