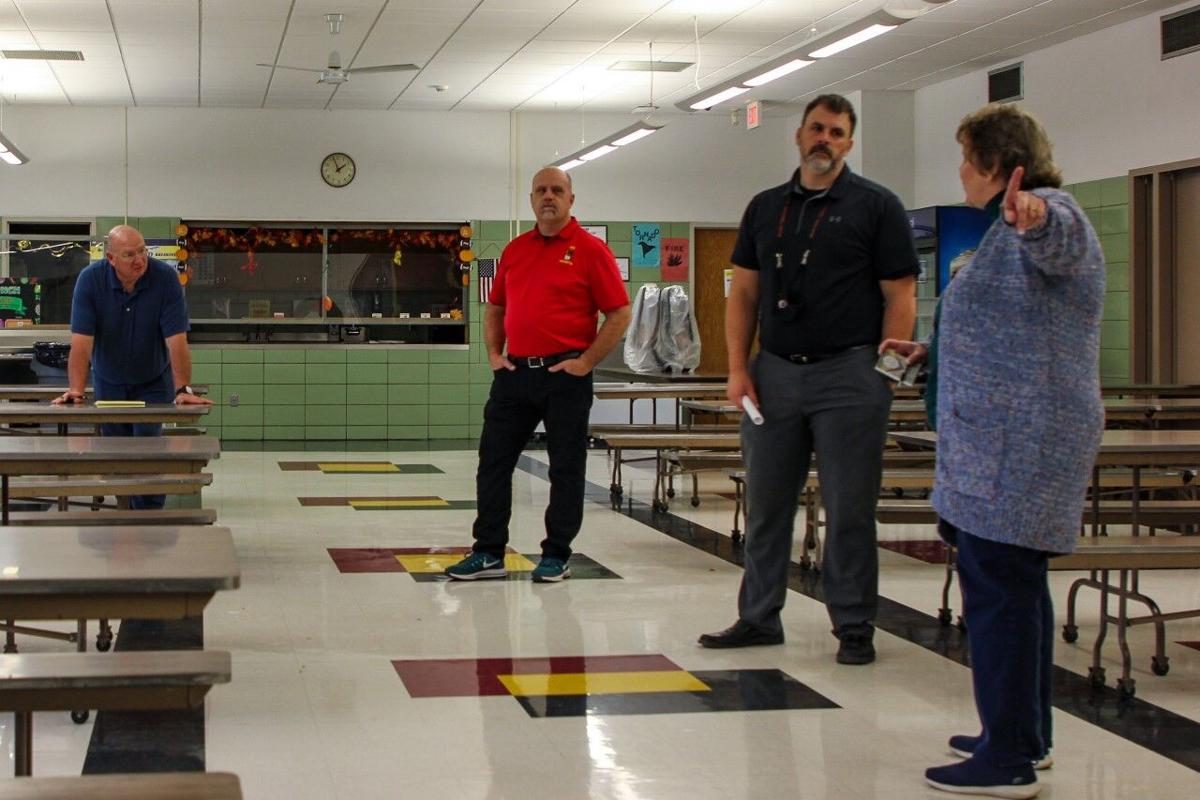 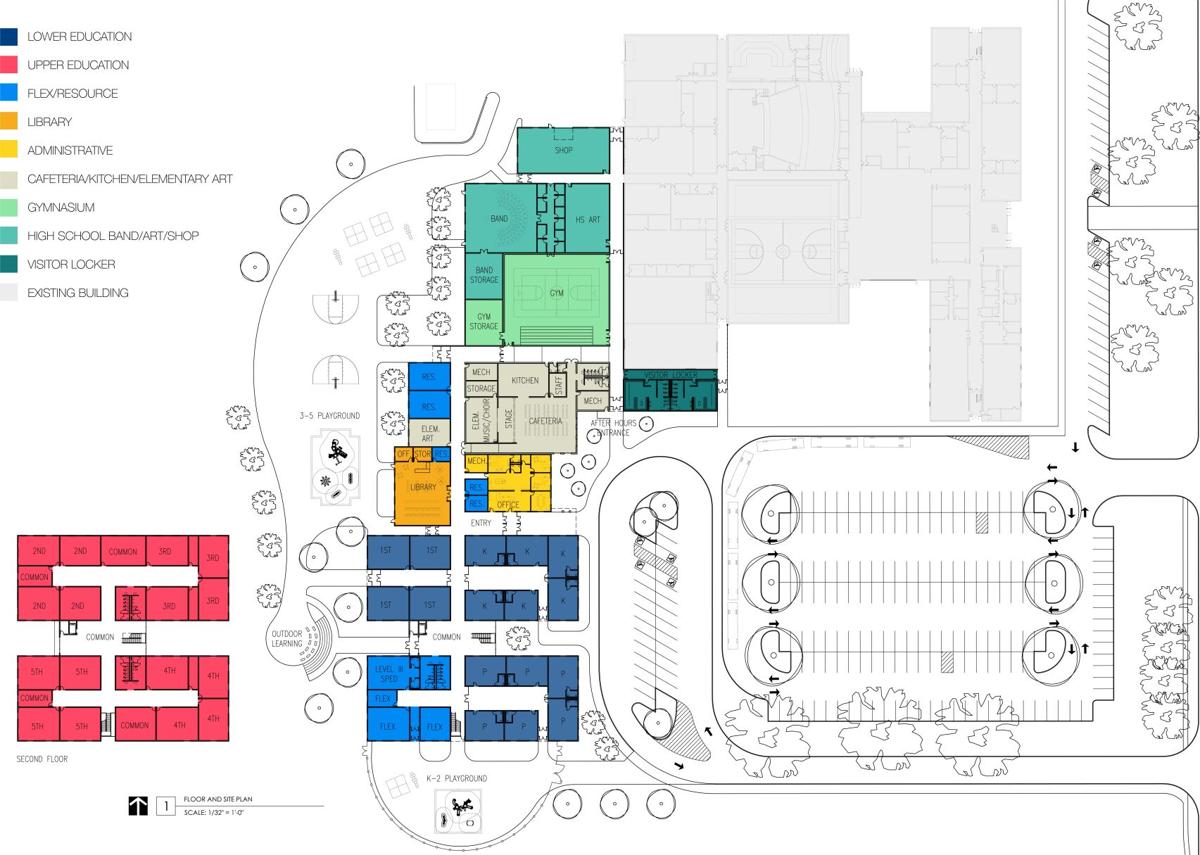 A schematic plan released in early 2021 shows architects' rough plan for an elementary school that would have been built adjacent to Iowa Falls-Alden High School. The building would plan for each classroom to be 1,000 square feet.

A few hundred square feet may not seem like much, but for a classroom of students, it’s the difference between cramped quarters and room to collaborate

That was the message delivered again and again during the Iowa Falls School Board’s tour of the district’s four buildings on Monday. The tours are conducted annually in October, although they were canceled last year amid the coronavirus pandemic. This year’s walk-through comes just a couple of months before the board will have to decide whether to take another run at a bond referendum that would fund new school construction.

In March this year, voters narrowly defeated a $28.5 million referendum that would have raised property taxes to build a new preschool-5th grade elementary school adjacent to Iowa Falls-Alden High School. The plan also called for the high school to get a new gym, band and art rooms, shop and locker rooms. Since that defeat, the district’s Facilities Study Committee, which is comprised of parents, teachers and community leaders, has continued to meet to discuss the best path forward. In July, the board decided to forgo a fall referendum, instead opting to wait until March to try again.

With the first go-around with the bond, supporters made the case that a new elementary school was necessary because Pineview and Rock Run elementary schools, which are 86 and 83 years old, respectively, are inadequate and their heating systems were at the brink of failure. Just weeks after the bond vote, a catastrophic failure in the Pineview heating system rendered it useless. And a couple of months after that, one of Rock Run’s two boilers malfunctioned. The work to replace the Pineview system and install a new Rock Run boiler cost about $1 million. More than $700,000 of that cost was paid from COVID-19 recovery money the district received through the federal government.

But school officials said Monday that while the heat is no longer a concern in those two buildings, the HVAC work didn’t address other needs. Specifically, Superintendent Tony Neumann pointed to classroom size as an issue that limits activity at all of the schools.

The design of the proposed new elementary school imagined 1,000-square-foot classrooms. On Monday, Neumann showed board members and other guests on the tour the difference between 1,000 square feet and the 700-square-foot classrooms at some of the buildings. At the elementary level, the smaller classrooms mean less space for free play or collaborative work. At the middle school, they make it difficult for teachers to walk around a classroom full of students to offer help or guidance. And at the high school, students in math – often 30 in a classroom at a time – are crammed into two classrooms that were built to be a single space but were divided years ago.

While there are fewer students in the school district now than there were 40 years ago, the way those students learn has changed drastically. When many of the district’s buildings were constructed, students sat in desks facing forward and learned from teachers who stood at the front of the classroom. Today, students work in small groups and gather as a class to discuss ideas, ask questions and use hands-on tools and laptops. While teachers and the school district have done work to update classrooms with paint, colorful displays, new flooring and desks, the size of the rooms remains the same.

“When you renovate a space, it’s not always the most functional,” Neumann told the board while standing in a science classroom at Riverbend Middle School. “It looks nice, but there’s only so much you can do with a small classroom.”

Space issues go beyond the standard classrooms. At Rock Run, where nearly 100 percent of the fifth grade class is participating in band, the music room is cramped.

"It's a good problem to have," Neumann said of the band room.

"But it's an expensive problem to fix," replied board member Chris Stauffer.

And at Riverbend Middle School, the cafeteria is so small the building has to run three lunch periods to accommodate all of the students. Neumann described a "pie in the sky" idea to expand the lunch room to the south, but he said it's unlikely that there will be money available to do that in the foreseeable future.