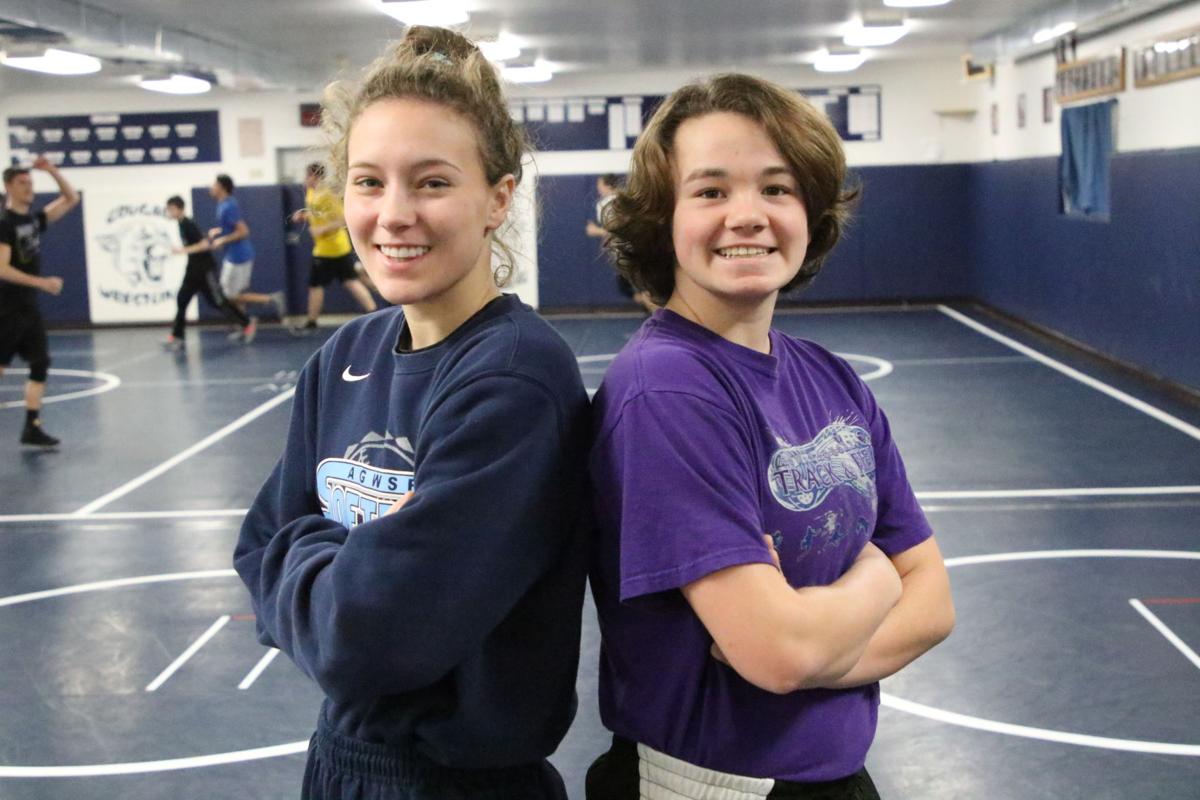 Ali Gerbracht (left) won her 100th career match recently. She did it mainly against boys as the only girl on the AGWSR Cougar wrestling team. She was joined this year by Trinity Rotgers. Both will be wrestling in Waverly Jan. 24-25 at the IWCOA Girls State Tournament. Gerbracht was the first to ever win a girls-only State title in Iowa which does not officially sanction girls wrestling. 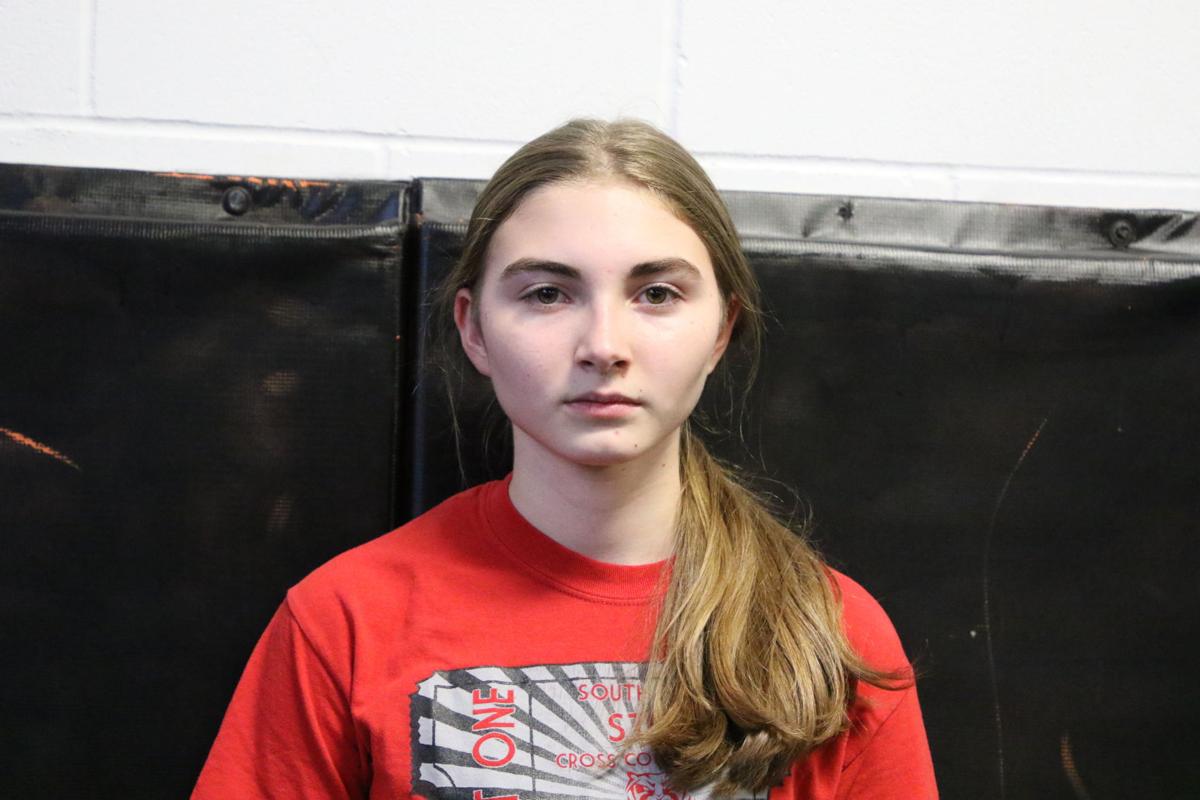 Liberty Tupper is one of the first to wrestle for the South Hardin-BCLUW Storm. She hopes to be in the first group of Iowa girls to be officially sanctioned.

Female athletes have been blazing a trail in the sport of wrestling.

AGWSR’s Ali Gerbracht has been a part of the group building momentum towards being officially sanctioned by the Iowa Girls High School Athletic Union (IGHSAU). Gerbracht was the first-ever State champion in girls wrestling after the Iowa Wrestling Coaches and Officials Association (IWCOA) held a girls tournament in Waverly last January. She won the 106-pound title. There were 85 other girls over the 10 weights contested. At the end of the season, Gerbracht was named the first Ms. Wrestler in Iowa.